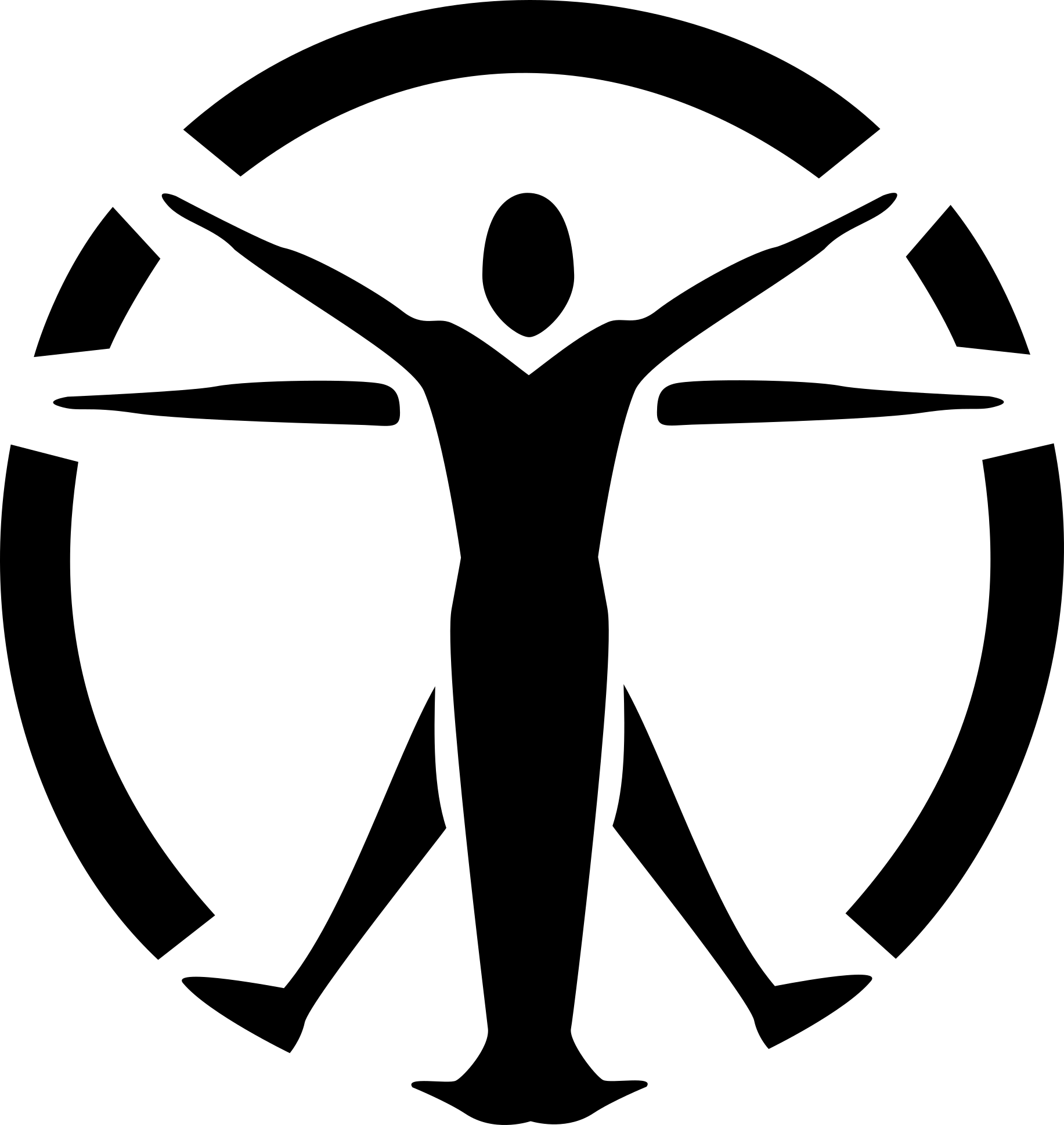 One of key goals of Anoox Social networking based Search engine is to put the immense Power of Search Engine in the hand of We the People. We do this via our revolutionary Search Engine, where results are Powered by the Collective, aka Crowd Wisdom. Our 2nd goal is to enable you to search privately, this means NO Tracking of your search history; you can read more about this 2nd aspect of Anoox search engine here.
About our revolutionary Search Engine - Powered by the Collective
How does it work?
F A Q
- About Anoox People Powered Search Engine
Does Crowd Wisdom actually produce the Best search results?

Yes. Many studies have shown that Crowd wisdom does produce the best results compared to Machines. But this is ONLY True if LARGE number of diverse people, the Crowd, input their opinions on a given subject.

Why Anoox search results are not better in many cases compared to Google?

Two reasons: So to date, after 10 Years of non-stop R&D, we have developed and perfected the underlying core technology to enable Crowd Wisdom based Search engine, which works quite well as you can see. And hence it is being used by Millions of People world wide across those Keywords, subject areas, that the members have shared what they like into Anoox search engine in large numbers. Making Anoox search engine, even at its current relatively small size a valuable Choice to Google monopoly over search. But for us to scale to produce good search results across a wide range of issues we would need entirely different set of server and operational resources than what our current small budget allows. If you are a high impact investor that wants to make this availability of Choice happen - go here.
Why should I care that we have a People powered search engine, when Google machine based results are just fine?

Because it is good to put the Power of something so important as the Search engine in the hand of the People.

Because having more Choices in Search engine is good, it is indeed essential for having better lives.
Because there is one TRUISM that has held through out the ages, and that is:

Power Corrupts and Absolute Power Absolutely Corrupts
So to have checks and balances on such Absolute Power is a very good thing, which is what only having more Choices in search engine arena, would do - More
Cant Anoox search results be manipulated, hacked, based on people self voting?

1st, We have multiple defenses against People signing up in duplicate and posting fake likes or reviews. This ranges from multi layer of Codes we have for such purpose to most importantly our members whom police our social network to flush out bad actors via their reports. And in fact this in itself is another layer of Crowd Wisdom. You can see this for yourself by trying to post Fake likes and reviews. You will see that you will be quickly flushed out and your Votes canceled and your account closed.

2nd, the beauty and power of this Crowd Wisdom based system is that a few bad Apples getting in will have little effect on the overall good results produced since the Good people will out Vote the bad people always.

Why would people have an incentive to share what they know and like via Anoox search engine?

2nd, We have a system of awards resulting in Anoox points that members can earn for sharing what they know, and for what they have shared being liked by other members. Member Anoox points level translates into higher recognition and associated benefits for members, such as more free traffic. So this becomes another layer of reason for why people would want to share what they know and like via Anoox search engine - More

Is it fair to say that with Anoox the Crowd is the SEO?

Yes, that would be more than fair. That is in fact the case.
Do i have to share what I know via Anoox search engine to use it?

No. You can of course use the Anoox search engine as the general public as you like to search for what you want. As that is the ultimate reason why we have a search engine. But should you want to share what you know about a given subject matter, so that you can contribute to Anoox Human Powered Search engine, to having Choice when it comes to all important search engine, then you can do so by opening a free Anoox account and then when searching for what you want, share your likes as you are searching - Sign Up
Wont people just Vote for their own listing and hence skew the search results?

Of course people will vote for their own listing. That is a key part of Democracy. That is people being able to vote for themselves. But just as when running for an office voting for yourself by you and your family is natural, but to be elected you need to have many others to vote for you, the same principal applies to the information Democracy that Anoox search engine brings to the display of search results. That is every listing will have its owner likely voting for it, but to rise up in the search results among 1000s of competing listings, you need to have the better product or service for the People, aka the Crowd, to Vote your listing up and not Vote your listing down.
What does Tracking my online history mean? How is it bad for me? And how does Anoox stop that?

Have you searched on Google™ or typed a note on Facebook™ about something, whether a City you are planning to visit or a Computer you were looking to buy or a political party you are planning to support, etc. and then all of a sudden related Ads started showing up all over your Web browser no matter where you went on the Web? This creepy display of Ads, this invasion of your privacy, based on something you searched for on Google is due to your search history being tracked along with anything else you have done on Google properties from Gmail to YouTube etc. And the same Tracking goes for Facebook™ across the Web properties they have. OTOH here at Anoox we we do not Track your search history or anything else you do here - details.
European Union hit Google with record €2.4bn fines, wont this fine force Google to do the right thing?

No this record fine by European Union on Google will have little effect on Google manipulating its search results when it wants to, which manipulating of Google search results is why EU hit Google with these record fines, IF people do not have Choice. That is why having a search engine such as Anoox to offer Choice to Google monopoly over search is so very important for future well being of People and businesses, because the only REAL and effective way to combat bad behavior by Monopolies is to take their monopoly powers effectively away by offering Choice. Since absent of Choice, any amount of Fines from EU will not alter Google manipulating its search results when it knows People have NO Choice but to use Google

Update: since we posted this answer, European Union has hit Google with 2 more record fines, one of them for $1.7 Billion imposed on March 20 2019 is for the same reason that this 1st fine was imposed on Google back in 2017; which proves our point that unless People have Choice, then NO amount of penalties will result in Google or any Monopoly altering their Monopolistic bad actions, and certainly for any extended period of time, when such Monopolies know People have NO Choice.

Is Anoox a Search engine or a Social network?

We are both. That is Anoox is a Social network with one of its key aspects being to enable you to contribute to Anoox People powered Search engine. To use the Anoox search engine you do not need to be a member of Anoox social network. To input what you know and like into Anoox search engine, you need to be a member. But as a member of Anoox Social network there are much else that you can do beside affecting the search results. These other things you can do range from: asking questions and answering questions, to discussing today's issues, to networking with our Millions of members, most of whom are small businesses, via Anoox Social network, based on your shared or mutually beneficial interests. And you can do even more via personal and network productivity services that we have such as My-2nd-Brain, Chat, etc.. And do all of this and more via this one of a kind non-profit network dedicated to putting People and small businesses on Main street above profit and share prices on Wall Street.
Why is Anoox non-profit?

Anoox was formed back in 2004 by a group of Internet visionaries who have been involved with the Internet since its very beginning in 1996, who realized that too much of the incredible value that the Internet can generate would go to the Wall Street based Big Businesses and the Billionares, rather than to Small Businesses and the "regular People" on Main Street. And that the only way to right this imbalance would be through a non-profit Search engine & Social Network. So that is why we operate Anoox Search engine on non-profit basis, so that we can put your interest, the interest of People and small businesses, on Main Street, ahead of any Profit and Share prices on Wall Street.
I really love what Anoox is doing. How can I help?

You can help by getting involved. Depending on how much time and resources you have, you can help us to help YOU, by doing one or more of the following:

Donate. We are after all mainly a Volunteer based Donation supported network.

Buy Advertising. Beside being Donation supported, we are Advertising supported. So if you are a small business that wants effective lowest cost Advertising, do this.

Volunteer. Are you a killer coder or database guru, then volunteer to code for us.

Join as a free member. Too many reasons to list a key summary here, so just click on the link to see why.

Join Now
Advertising
Get Involved
Please note: we use a few tiny cookies on this site to enhance your user experience and to show you relevant advertising. We do not use cookies to track your search or social interactions. By continuing to browse the site, you are agreeing to our use of cookies.
Okay Thanks
Home
Submit My Site
Advertising
Advertiser Log-in
Contact Us
About Us
Developers
Donate
Affiliates
Legal notices
© Anoox: the non-profit Social Search Network
Serving the Internet Community since 2004
Anoox and Anoox logo are Registered Trademarks of Anoox Inc.
All other trademarks belong to their respective owners.
(C) 2004 - 2020 Anoox Inc. - All rights reserved